WE ARE KYOSUN - THE GUARDIANS OF ORIGINAL MATCHA

OUR PORTFOLIO REPRESENTS MODERN AND HEALTHY LIFESTYLE. We are focused on popularization of less known products and/or innovative way of their processing, but we also offer traditional products. Kyosun Company is the leading supplier of Matcha Tea produce into:

THE DRIED PULP OF THE YOUNGEST TEA LEAVES IS MILLED TO DELICATE POWDER. The production of matcha does not involve fermentation, no colouring, additives, or preservatives are added. All types of tea come from one plant – Thea (formerly Camellia) sinensis, which is related to the camellia flower. Thea sinensis is a woody shrub, typically kept up one meter in height (convenient for harvest). The plant is able to produce leaves for white tea, green tea, oolong, black tea, and pu-erh, depending on the region, specific plant variety, and processing technology.

The Exceptionality of Matcha 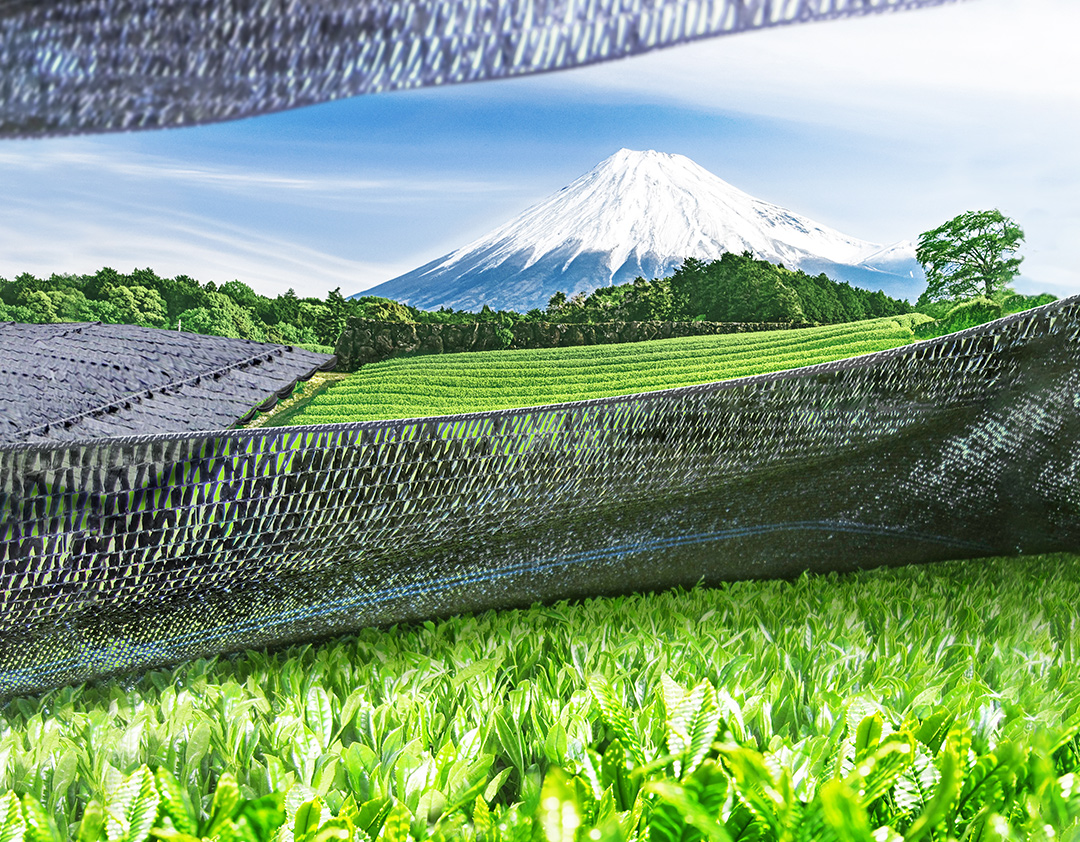 Matcha is Born in Darkness

Matcha grows only in shaded fields.Four weeks before harvest, the field is completely shaded from the sun. This shading technique prevents up to 90 % of sunshine from reaching the leaves. The plant, now in almost complete darkness, compensates for the lack of light by intensive production of chlorophyll. Covering the tea plants in the right vegetation period results in thinner and more tasty leaves with richer chlorophyll content. The leaves also gain more nutritional benefits. 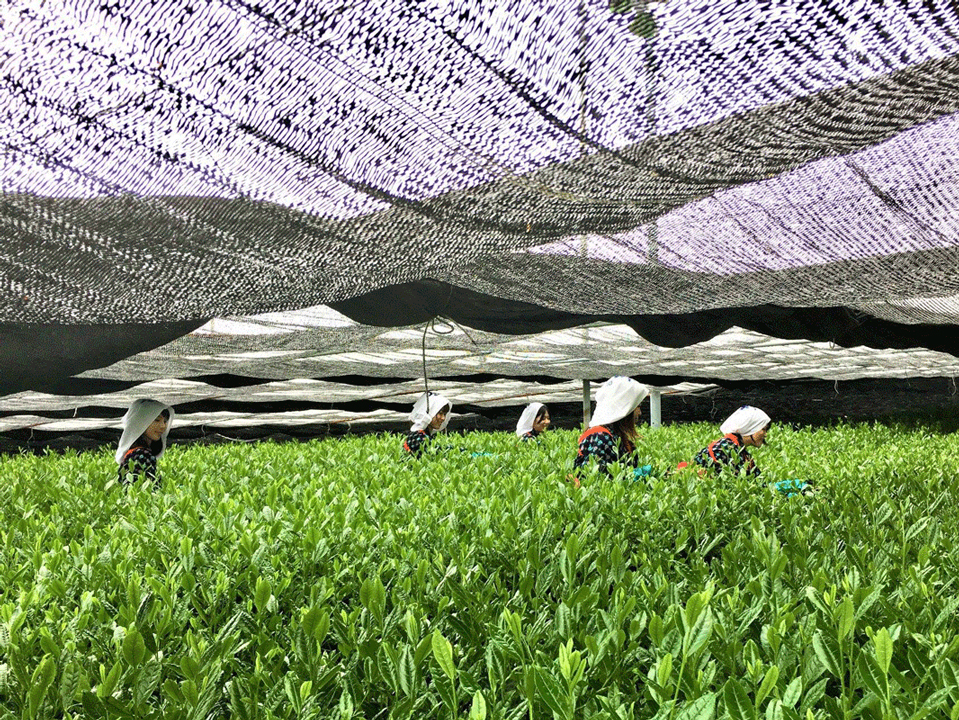 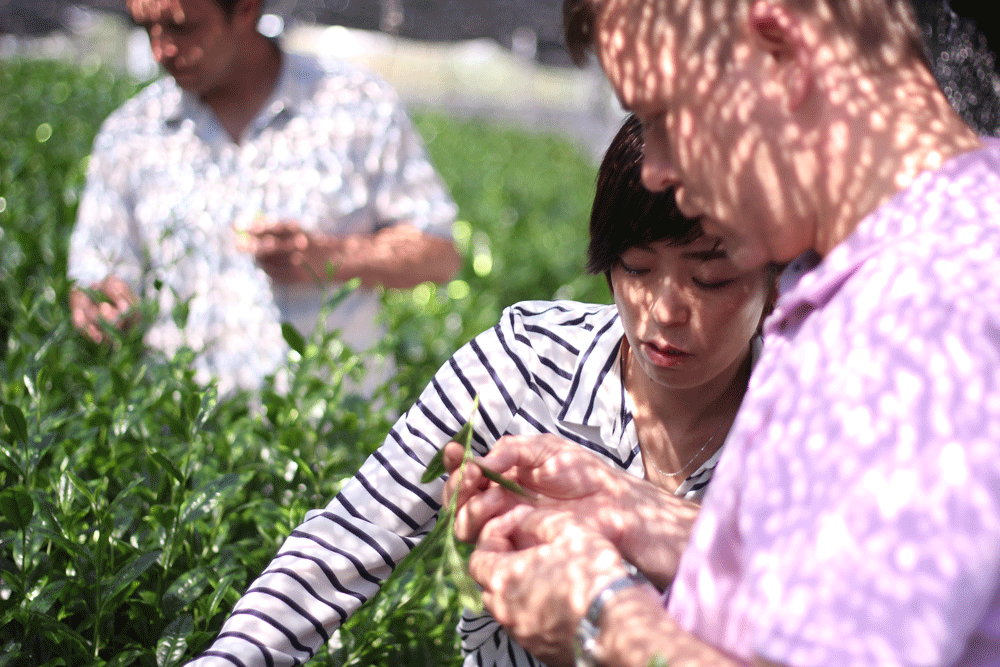 Only the elite Japanese farmers have the know-how to produce matcha tea. Matcha production is undoubtedly one of the most difficult tea productions in the world. The harvest takes place in the beginning of May. The leaves are harvested mostly by hand. Immediately after the harvest, the leaves are taken into the factory – they are now called aracha.

Right here starts the long journey of changing the raw leaves into delicate sapphire powder. First, the leaves go through steaming process. Hot steam prevents fermentation, keeps leaves fresh, and keeps all the nutrients within tea leaves. Then, the leaves go through drying process which decreases their weight to only a fifth of their original weight. This tea is now called aracha, which can be roughly translated as „raw tea“. Then follows the process of selection of aracha. The leaves come in various quality and they need to be categorised. The experts are considering colour, quality, smell, and taste of the leaves. The final tea is a mix that results in consistent quality throughout the entire year.

The final process is removing stems, twigs, and other unintended plant parts, so that the final product can result in as fine and as clean plant pulp as possible. The pulp is further chopped into equal parts and is now called „tencha“.

The last step in matcha production is milling, which is done in traditional granite mills in strictly hygienic factory environment. Tencha is milled to a finely grounded powder – which is now called matcha. The size of one grain is 5–10 microns, while one micron is one millionth of meter. The tea powder is almost dissolving in your mouth.

One granite mill can process only 30–40 grams of tea per hour. Only this technique guarantees its exceptional taste, colour, and aroma throughout the entire process of production. 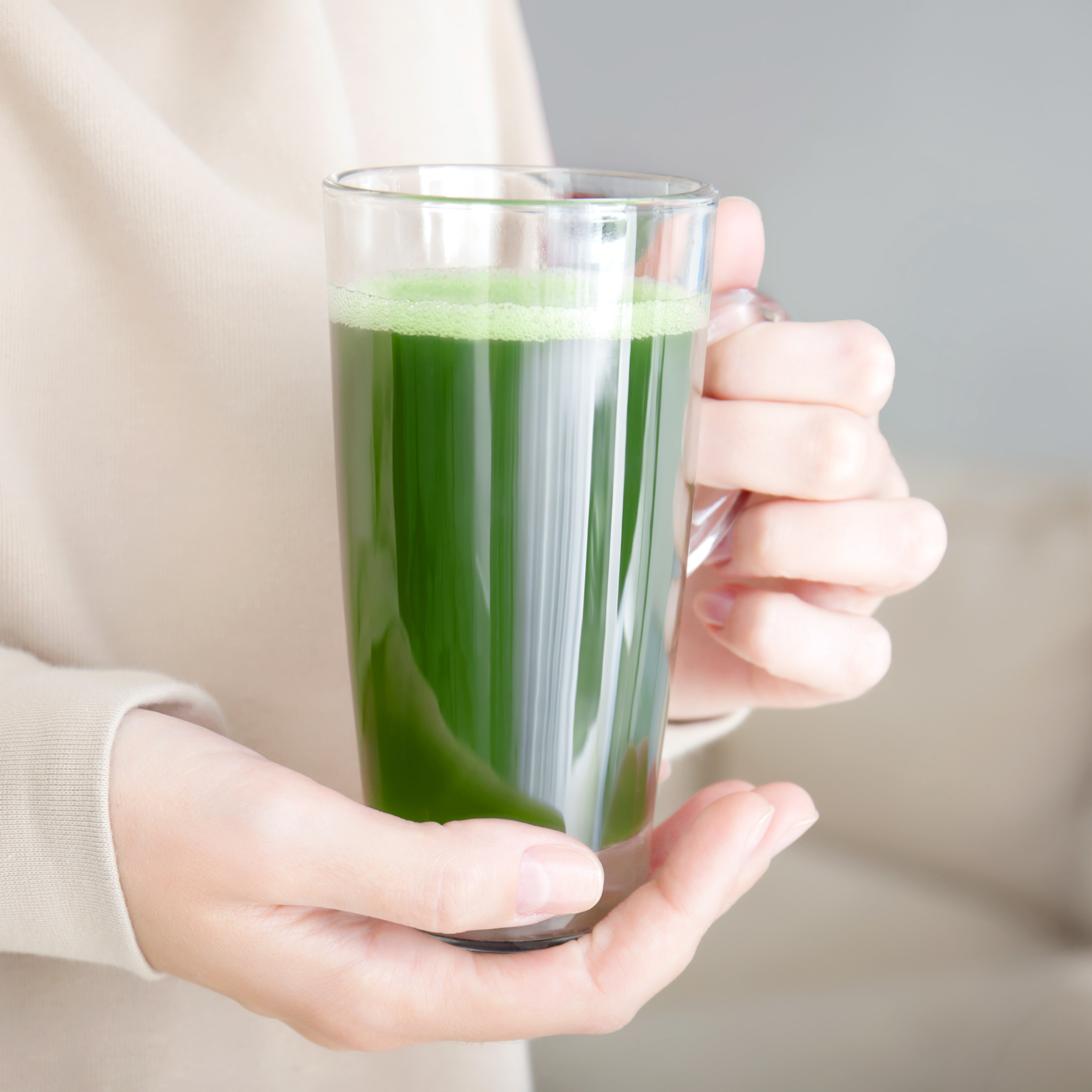 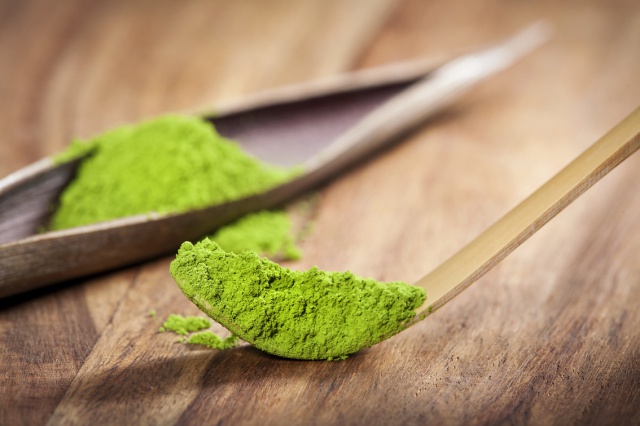 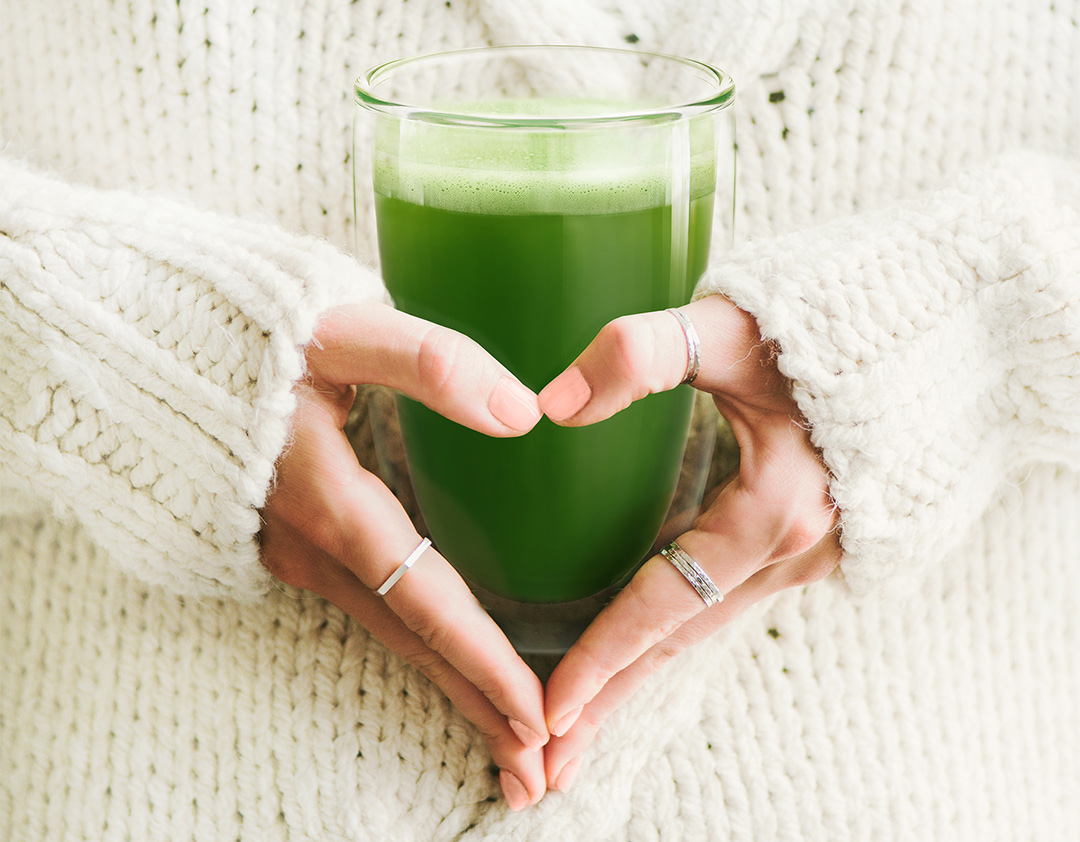 Many people drink green tea for its potential health benefits. This beverage has sovereign position regarding the amount of antioxidants and amino acids. Scientists are researching its potential use in the battle against various illnesses and ailments. 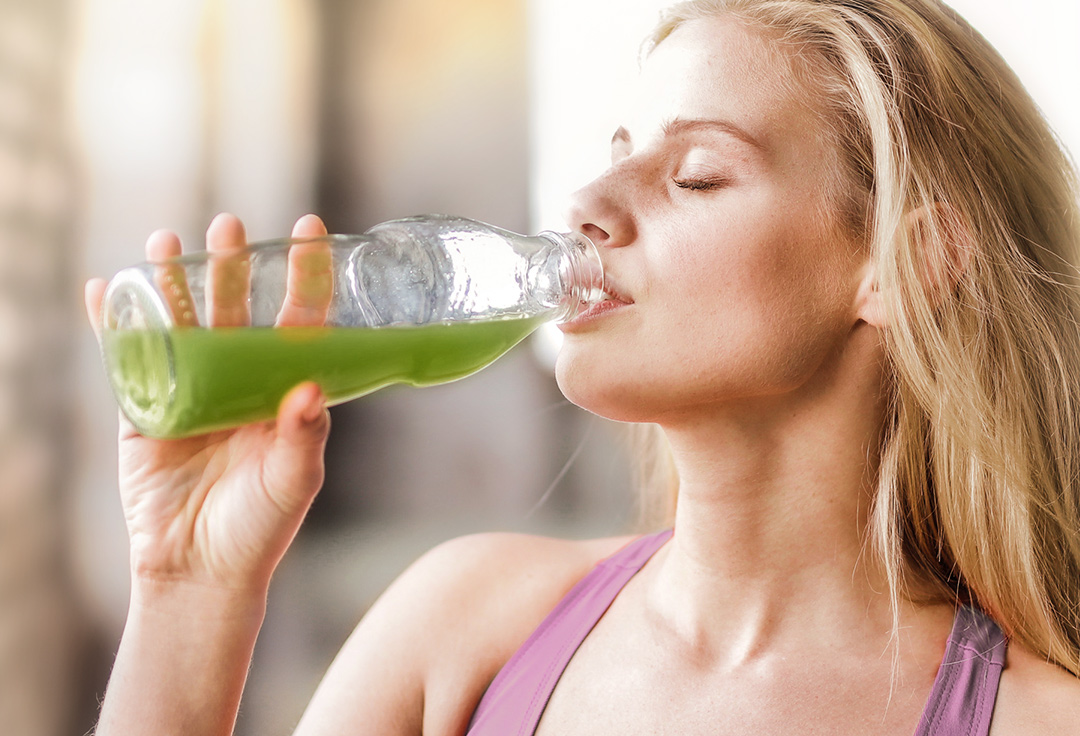 According to studies, EGCG or epigallocatechin gallate is the most important part of green tea. It is the ester epigallocatechin that belongs to the group of catechins containing gallic acid. This substance is characteristic with high antioxidant effect which can potentially protect our organism from many ailments.

EGCG is 200× more effective antioxidant than for example vitamins C, E, and beta-carotene

L-theanine not Only for a Wide Smile

One of the most valuable benefits of drinking matcha is the sense of heightened concentration and simultaneously relaxed state of mind. This amazing amino acid can naturally rise mental alertness and at the same time keep our body relaxed. L-theanine also improves memory and stimulates alpha waves, which are related with relaxation and mental wellbeing. This benefit is nowadays cherished mainly by students and demanding professions. Experiments have shown that L-theanine has a positive effect on our mind and improves our memory by raising the level of dopamine.

Does Matcha Contain Caffeine or Theine?

The caffeine form in tea is called theine. The difference between caffeine and theine is mainly in its absorption. Coffee contains the free form of caffeine which means quick effect but also similarly quick crash. Theine in tea is present in bounded form so it takes effect with lower intensity but lasts much longer.

L-theanine moderates the caffeine effect, which can cause irritability or nervousness, and helps soothe the mind. Caffeine in coffee is absorbed within just few minutes after ingestion but its effect disappears just as quickly. Theine in tea affects us only about 40 minutes after ingestion because of other alkaloids contained in tea. This also helps tea to provide us with energy for 3-6 hours.

That is why matcha is more gentle to our organism

Tea leaves intended for matcha are completely covered with black canvas during the last 4 weeks before harvest. This shading technique causes huge production of chlorophyll. This high amount of chlorophyll gives matcha its beautiful green colour and strong detox abilities to help flush out the toxins and heavy metals from our body.

800 years of evolution, a decade of revolution

In 1191, green tea (and matcha) drinking was introduced in Japan by Zen master Eisai, who was planting tea while travelling the country. In his book Kissa Yojoki he wrote: “Tea is an unrivalled natural medicine for body and soul. Wherever the tea starts to grow, long life follows.“ From this moment, matcha became the “secret medicine” of Buddhist monks and the Imperial court. 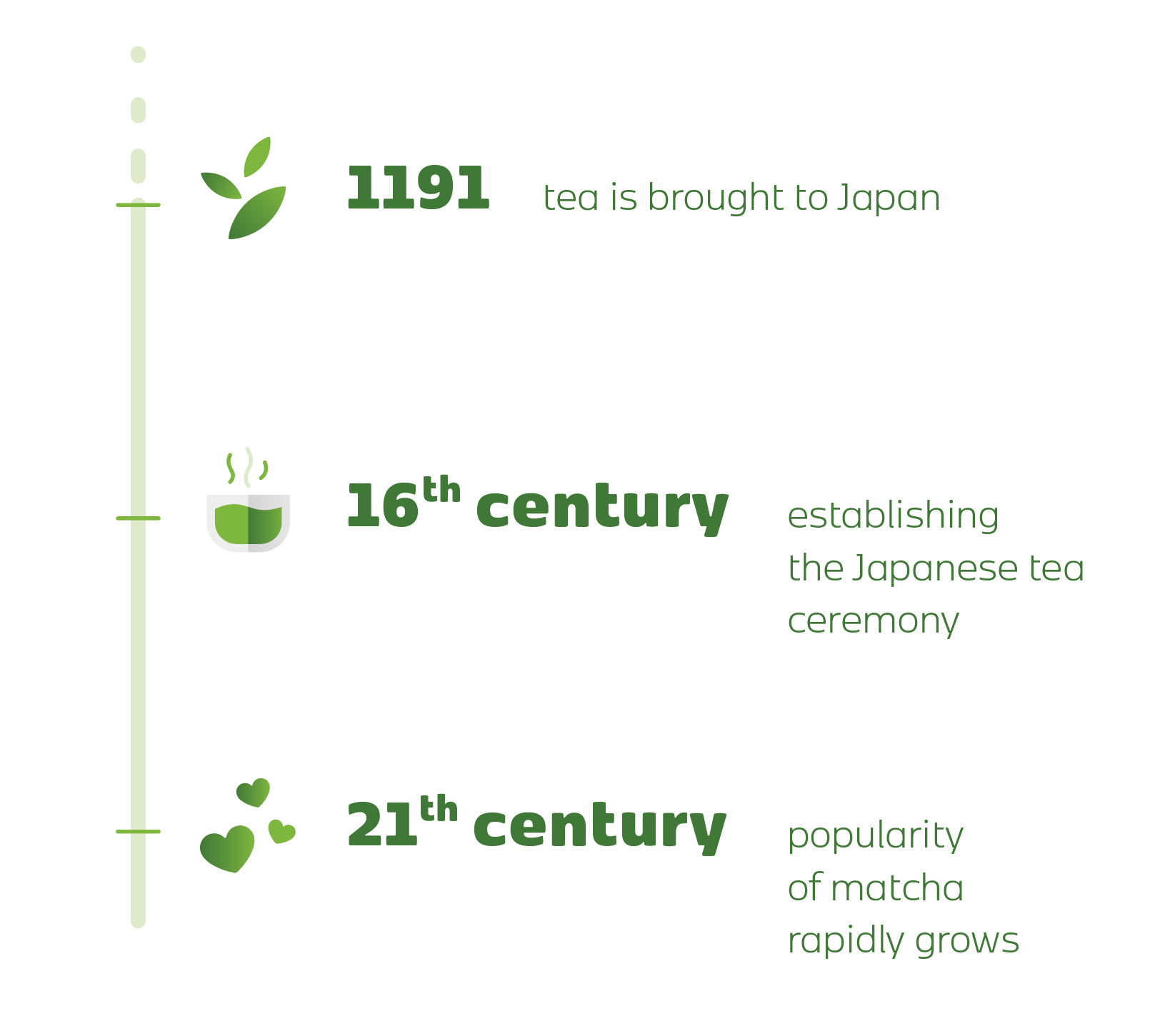 In the 16th century, a new dimension of tea drinking was discovered by another Zen master, Sen-no-Rikyu, who developed the tea ceremony. This highly sophisticated drinking of tea strongly influenced the perception of Japanese tea in the West. The tea that is used in these ceremonies is matcha. The popularity of tea ceremonies caused matcha to be popular among the samurai, too.

For 800 years, matcha remained a secret and privileged tea for the Japanese nobility, until drinking of matcha went through its revolution in the 21st century. 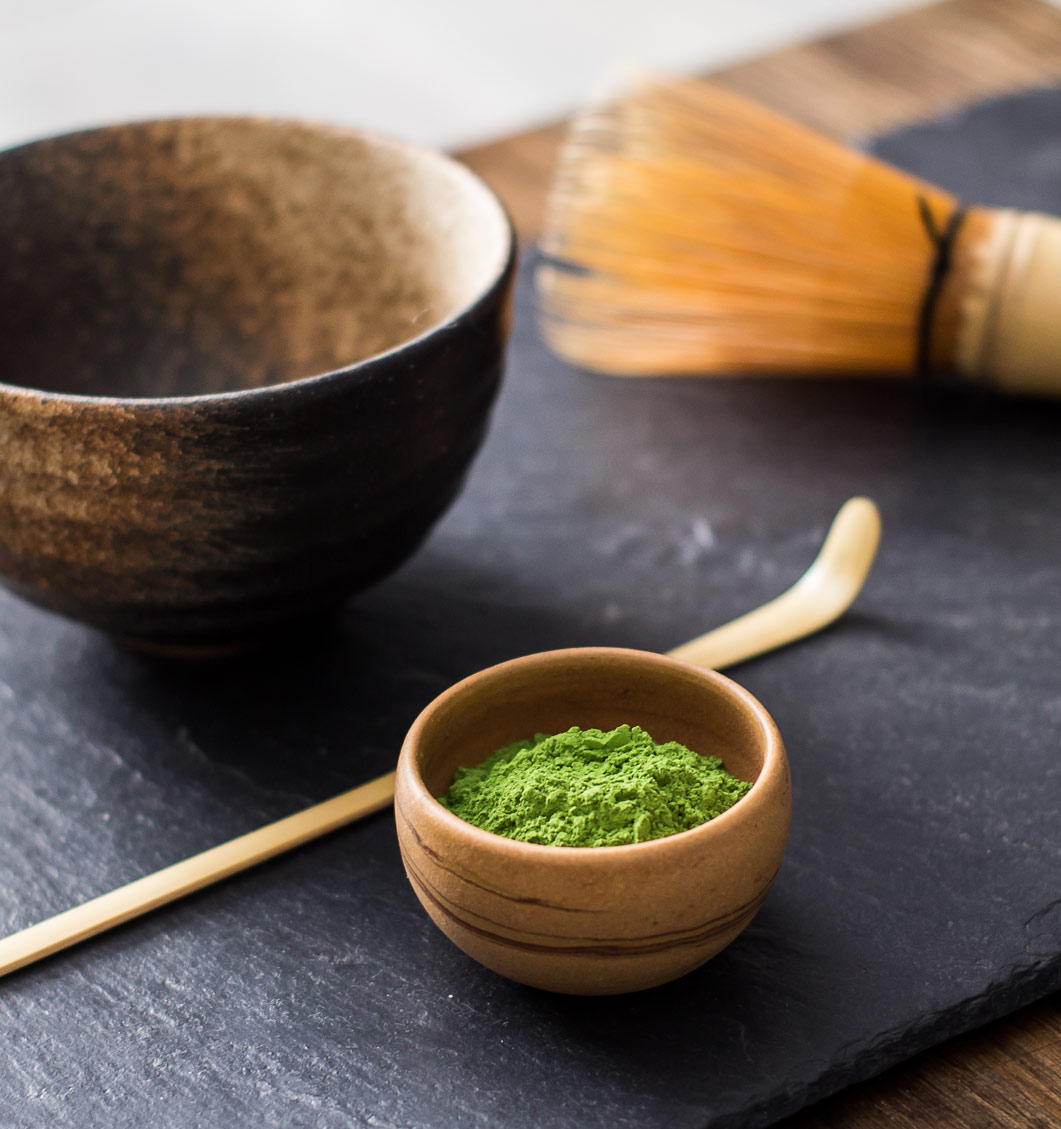 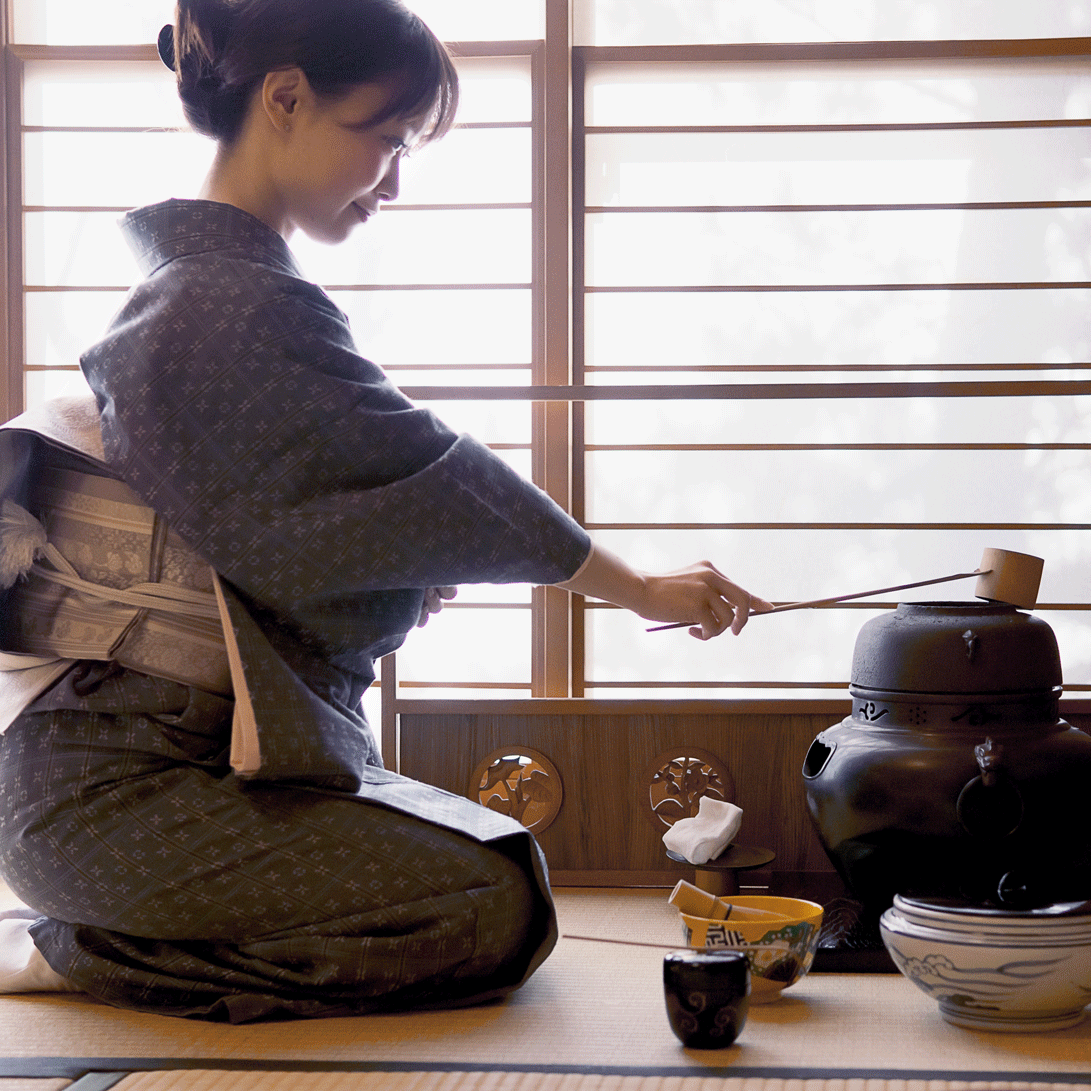 Was the story of matcha interesting?